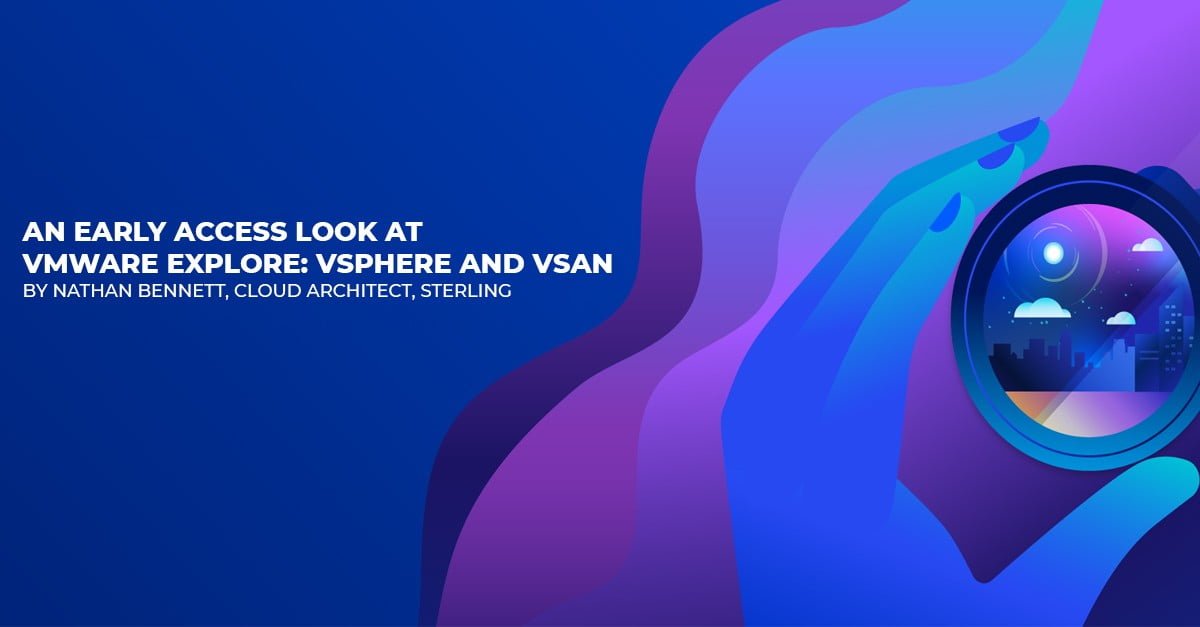 I recently had the chance to take part in some first-look webinars leading up to VMware Explore 2022. The sessions were built around new solutions within the VMware portfolio, including in compute, storage, networking, and the cloud. Our group was privileged to be among the first to hear announcements that will be done publicly during VMware Explore’s keynote and breakout sessions.

I’ll let you in on some of the stuff that impressed me the most (and that is likely to grow VMware’s market share). But to avoid being a complete spoiler, I won’t do a comprehensive reveal of the announcements or go into deep technological detail about the new offerings or capabilities. For that and more information coming out of VMware Explore, tune into the VMware News feed: https://news.vmware.com/ .

It’s worth noting at the outset that the multi-cloud agenda was a huge part of the conference’s name-change this year, from VMworld to VMware Explore. You might presume then that cloud computing would take center stage in the arena. But the announcement of vSphere and vSAN+ this past spring made it clear that “Cloud” isn’t really the destination of our big three public clouds. The focus is on software as a service (SaaS) and software-defined datacenters and how customers can work within their respective VMware environments to make their lives easier day to day.

Out of all VMware’s announcements of new capabilities and features, the integration of artificial intelligence and machine learning and DPUs is — in my opinion — the most striking.
We have seen workloads continually grow in this space, from K8s integration to more. It’s worth noting that through services like NVIDIA Grid, which allow workloads and pods to have GPUs assigned, these AI/ML solutions can continue to be developed, released, and maintained.

Don’t underestimate the small things — like news that VMware is combining all the TKG runtimes into a centralized runtime across on-premises and cloud. TPM for Windows 11 is going to be a great headache-reliever for anyone who wants to run Horizon with clients on the new Windows OS. (I’m a huge OS fan.)

Tanzu integrations with vSphere — that’s also a step in the right direction. We’ve heard from several customers wishing to maintain resiliency for TKG clusters. This will afford great resiliency and versatility. Storage is getting better, faster, and easier with vSAN and Flex Storage. These services definitely have places in the enterprise workplace. Data storage is an easy, smart way to start consuming cloud. VMware obviously knows that the first obstacle after starting to consume cloud storage is vendor lock-in, so they bypass it to make their storage more accessible.

That’s all for now. Sterling will be present at VMware Explore 2022, of course, so keep an eye out for more of our content commentary here during this week. I’ll be on the show floor asking people what these announcements will mean to them and will blog some of the responses. Stay tuned.