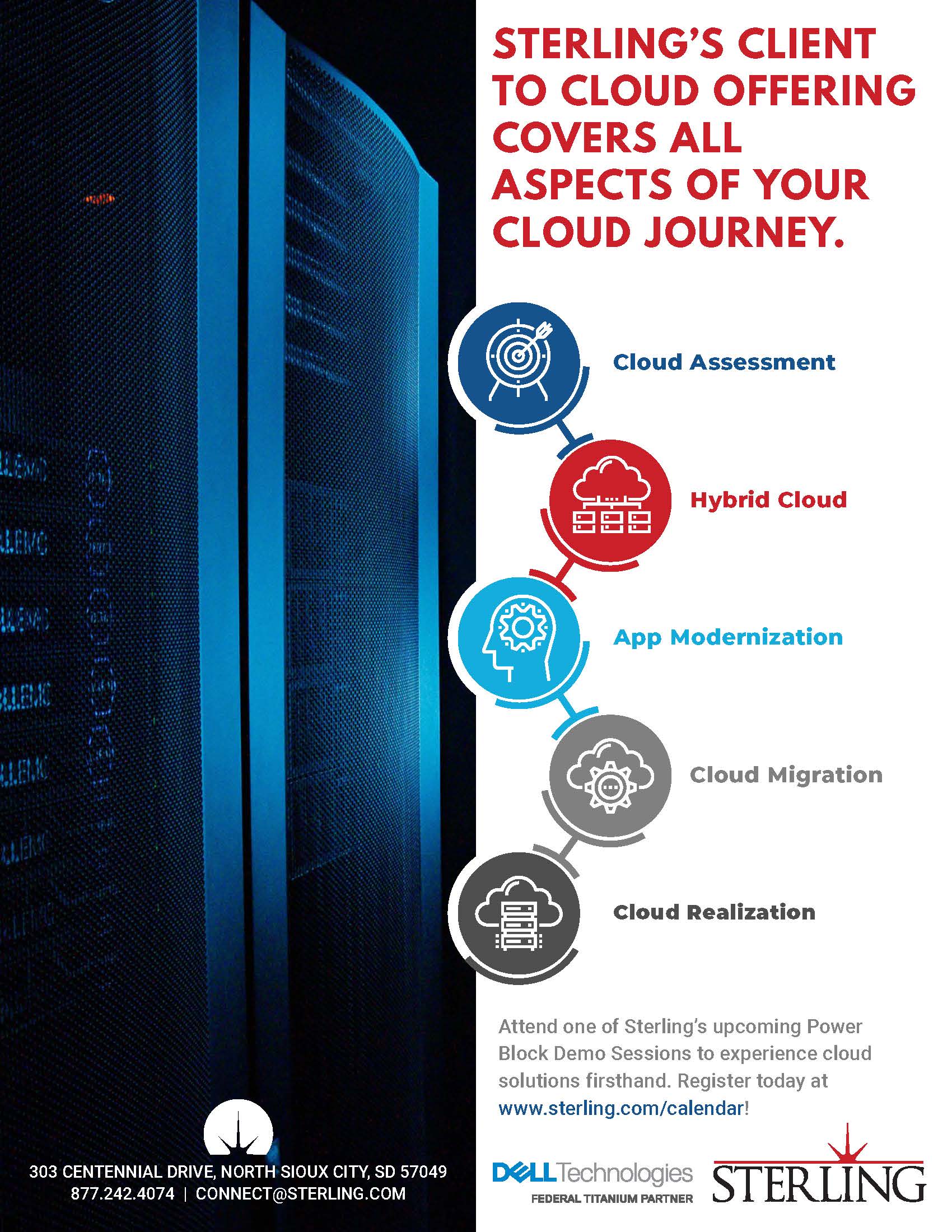 There’s no disputing the integral role technology plays in supporting nuanced government work. What is up for debate, however, is how much of that tech infrastructure agencies can and should maintain themselves.

“Agencies are not in the business of managing infrastructure,” said Billy Downing, Cloud Architect at Sterling. “Their business is to provide value to the mission directly, through technology.”

For more than two decades, Sterling has been partnering with customers to solve the most complex issues of their IT requirements. Within the Navy, for example, Downing and his team are helping a customer embrace an IT infrastructure design centered on software-defined data centers, rather than hardware that can quickly become obsolete. This isn’t a beeline to the cloud, but it does create viable options for the future.

A number of the agencies that Sterling partners with are in the assessment phase of adopting technologies such as cloud, and that’s why education is critical. Downing shared three benefits of consuming inexpensive, managed services in the cloud that agencies should keep in mind on their journey.

Government agencies are weighing their options for using advanced services, such as machine learning and streaming telemetry, which allow them to monitor data from network devices more efficiently and continuously. “Previously, investing in these capabilities required an enormous upfront spend on on-premises solutions,” Downing said. Cloud computing has changed that model by allowing agencies to use these services as commodities and consume them as needed without making extensive infrastructure investments up front.

“For us, application modernization is the means to solve problems that exist today in stagnant, immobile and platform-dependent applications,” Downing said. Modernization is also about a long-term future that might include moving applications to different sites or enhancing them in new ways to extend their capabilities. He is an advocate of breaking down application components to run more efficiently in different environments, including the cloud. Historically, applications have been built in silos under the assumption that all functions of an app must reside within it. But that doesn’t have to be the case. Take user authentication, for example. Rather than developers writing authentication mechanisms within the application, that capability can be offloaded and consumed as a managed service. Developers can then focus on the core function of the application that provides direct value to the customer.

When agencies modernize applications with portability in mind, a hybrid cloud approach becomes more feasible. This foundational work ensures that apps won’t become obsolete when demands change. Instead, agencies can scale current investments via the cloud and consume them as needed.

“Our goal is to educate and execute,” Downing said. “We help ensure that agencies are taking the correct steps today so they don’t accrue technical debt down the road. That includes helping them offload the overhead that is required in the infrastructure they use to run their applications.”

Previous Post Disaster Recovery with VMware VCDR
Next Post Creating a Modern Platform from Existing Infrastructure with VMware Tanzu and Dell PowerStore
Loading Comments...
We use cookies to ensure that we give you the best experience on our website. If you continue to use this site we will assume that you are happy with it.Ok